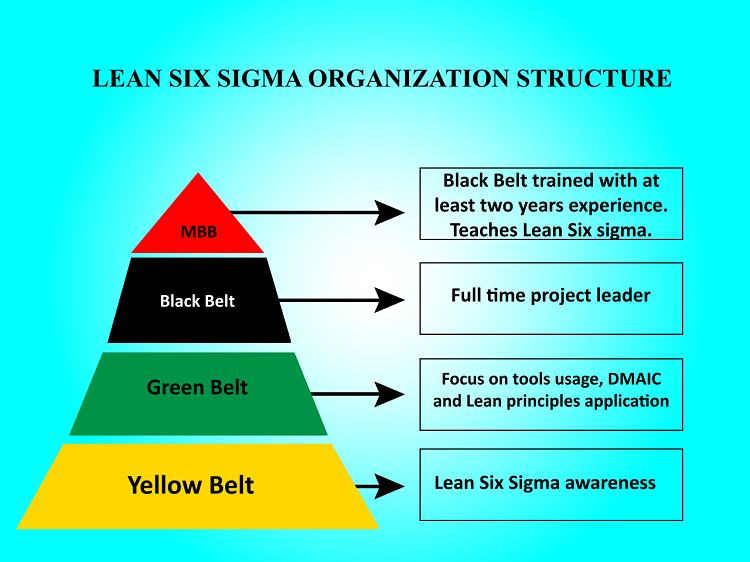 The History of Lean Six Sigma

In the world of management and work knowledge, the Lean Six Sigma system encourages principles of continuous growth. From its earliest inception into the manufacturing industry, Lean Six Sigma continues to revolutionize the art of effectively establishing a high production management program.

If you are wanting to learn more about Lean Six Sigma, the Lean Six Sigma Book is a fast-and-fun travel kit eBook for the process improvement traveler that will provide some examples and instruction. You might say it’s like a journey to build your problem-solving muscles. This book draws on over 25 years of success helping organizations achieve their goals with Lean Six Sigma.

As technology improved, it opened doors for innovation and discovery in the manufacturing industry. Looking back, however, can help us see how problems were solved in production management infancy. Taking that glimpse back at the history of the methodology of Six Sigma actually gives us a look at how innovative it will continue to be in the future.

Eli Whitney was best known for his invention of the cotton gin in 1787. Whitney proved that it was possible to produce 10,000 muskets by using parts that were interchangeable with a similarity that allowed them to be randomly selected within a model of the assembly process, thus spearheading the emergence of mass production.

Henry Ford introduced the automobile assembly line in 1913. In Ford’s model, an emphasis was placed on making only good parts available in the production assembly line to avoid the slow down of production.

1924: The Age of Statistical Quality Control

A new form of data collection was introduced by Walter A. Shewhart on May 16, 1924. Shewhart’s discovery was the first example of a process control chart and it marked the beginning of statistical quality control. This data collection process allowed for a clearer view of the identification of products that were defective. This afforded the operator an opportunity to be alerted about process changes. Improvements could be quickly targeted, contributing to the improvement of product quality.

Production grew exponentially throughout the 1920s and 30s. Overwhelming demands for a system of refined quality assurance and control bought about the emergence of quality control functions. It was during this era that control departments came to consist of a variety of inspectors to oversee quality control. The evolution of quality improvements eventually absolved operators from being responsible for the output of quality or service outcomes.

After World War II ended, Edward Deming was sent to Japan to assist in the rebuilding of their infrastructure. His task included the sharing of U.S. manufacturing techniques with leaders within the Japanese business community. It was during this time that Deming promoted the plan-do-check-act (PDCA), a cycle of continuous improvement. This would later become known as the plan-do-study-act or PDSA cycle. This era marked the beginning of the Japanese quality movement.

The success of Toyota in the early 1970s is an example of Japan’s improved quality and manufacturing capabilities. During the same era, the United States focused agenda involved an increase in volume and a lucrative market share. Japanese growth and capabilities improved more than those in the U.S.

In 1973, business leaders in the U.S. were forced to recognize the importance of quality after the oil embargo. With oil products reduced, there were long lines at the gas pumps. The oil embargo of 1973 opened the door for Japan to capitalize on their improvements in quality manufacturing.

After the production of oil picked up again, the Japanese built automobiles that were less expensive, and fuel efficient. These automobiles were of better quality and specifically oriented to customer needs. Automobile makers in the United States lost their share of the market to foreign automobile makers.

1980: The Conditions Leading Up to the Six Sigma Methodology

With U.S. industries suffering within a recession and foreign competitiveness mounting, Philip Crosby wrote a book entitled Quality is Free. Crosby’s book was about a 14-step method on how to improve quality based on a concept that was being used in the space program.

Starting in 1987, a series of quality standards found their inception into the industrialized world via the Organization for Standardization. These standards were supposed to serve as a single global standard. They were supposed to serve the purpose of promoting uniformity among countries that upheld their own methodology of quality specifications.

1987: Motorola and Beyond: Six Sigma Introduction

Bob Galvin, the manager of Motorola, in a project known as bandit project 10 attempted to turn the pocket pager business around in the early 1980s. His method involved stealing the best practices from the best companies. From this project, the rebirth of the Six Sigma system emerged. This is just a summary of the history of Six Sigma. More information can be found online.

Lean Six Sigma into the 21rst Century and Beyond

The Lean Six Sigma is an exceptional tool for problem-solving and improving upon existing working modules. Its impact on the early history of our manufacturing history and it’s continued evolution in our present industries makes it a must read.